My major interest is in elementary particle theory. In the past, this has led me to work on topics in quantum field theory, including the study of topological and nontopological solitons. Because the very early universe can be used as a laboratory for testing fundamental theories, the major focus of my research in recent years has been on cosmology. Much of this work has been devoted to the study of the dynamics of cosmological phase transitions. Closely related to this has been the investigation of methods of implementing the inflationary universe scenario for solving the cosmological horizon and flatness problems. In other related research, I have also studied aspects of the primordial monopole problem.

I have also continued to work on noncosmological issues. Most recently, I have been interested in the properties of classical black holes. By endowing these with a magnetic charge, one discovers a variety of unexpected phenomena, including an instability of the Reissner-Nordstrom solution, the existence of black holes with hair and of static black hole solutions that have no rotational symmetry. 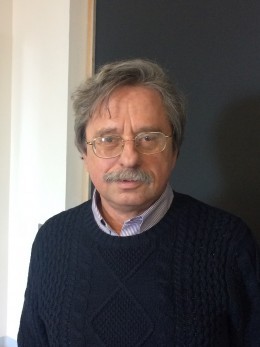