The standard model of particle physics successfully describes a broad range of natural phenomena with no clear inconsistencies. However, there are some areas where the standard model may fall short. The inflationary period in current cosmology implies that the net number of baryons in the universe was created dynamically with baryons favored over anti-baryons because of violations of charge-conjugation/parity (CP) symmetry. While the standard model does break CP symmetry the mechanism appears too weak to explain the observed baryon density. In addition there are a few standard model parameters such as the Higgs mass and theta angle which are unnaturally small, suggesting some additional principle or dynamics at work.

New phenomena, not predicted by the standard model, are pursued by doing experiments at the highest energies where new particles may be produced and detected. Alternatively, we can make high-precision comparisons of lower energy phenomena with the predictions of the standard model. Because of their strong interactions, quarks are easy to produce and combine into a variety of bound states offering many interesting systems where accurate tests of the standard model are possible. Of course, such tests often require that the effects of the strong interactions can be accurately predicted, a possibility that has recently been realized for many cases by the methods of lattice QCD. Lattice QCD is a numerical, first-principles, non-perturbative approach to calculating the properties of systems of quarks, anti-quarks and gluons.

Some of these projects are large-scale calculations making accurate standard model predictions which can be compared with experiment. Others are efforts to develop and perfect new methods that allow previously inaccessible standard model predictions to be made. These activities involve a highly varied combination of first-principles quantum field theory, quantum mechanics and algorithm design. Because many of these projects require very large computer resources, there is a considerable emphasis on high-performance computing, software engineering and the efficient exploitation of advanced computer architectures and the improvement of those architectures.

These research projects are carried out with my Columbia colleague, Prof. Robert Mawhinney and RBRC-Brookhaven-Columbia (RBC) and UKQCD collaborators at the Brookhaven National Laboratory, the University of Connecticut, the RIKEN BNL Research Center, the Universities of Edinburgh and Southampton and Nagoya University. 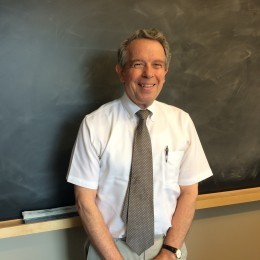