My research is in theoretical particle physics, with a primary emphasis on the nonperturbative structure of nonabelian gauge field theories. These theories form the basis of the Standard Model, yet we are limited in our ability to analytically probe their nonperturbative content. Fundamental properties of quantum chromodynamics (QCD), such as confinement and chiral symmetry breaking, cannot be derived analytically. To study these properties from the first principles formulation of the theories, large-scale numerical simulations are commonly employed.

Currently I am involved in studying QCD with the Columbia 16-gigaflop parallel computer, built five years ago by Professor Norman Christ and his collaborators. We have been studying properties of the QCD phase transition, the light hadron spectrum, and the properties of QCD-like theories that have more light quarks than the real-world case. Our simulations include the effects of two light quarks, which is about 100 times harder computationally than simulations without the light quarks.

QCD is an extremely demanding system to study numerically and to continue to decrease the systematic errors inherent in discretizing a system for numerical study; Professor Christ and I have been leading a collaboration of physicists who are building a 0.8-teraflop computer for QCD. This machine will be faster than our current computer by more than a factor of 50 and will allow us to do simulations closer to the real-world values for various parameters, such as the pion mass. A prototype is expected to be finished by mid-1995, with the full machine available about a year later.

I am also studying the origins of confinement in pure gauge theories in three space-time dimensions and maintain an interest in better algorithms for simulating gauge theories with fermions. Any increase in our understanding of the nonperturbative physics of these theories is important in its own right and should lead to more efficient numerical techniques. 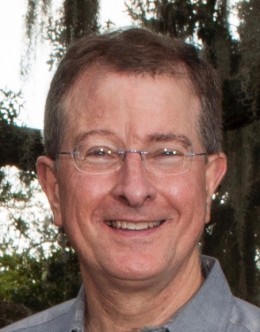